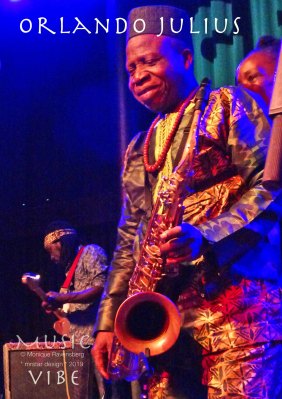 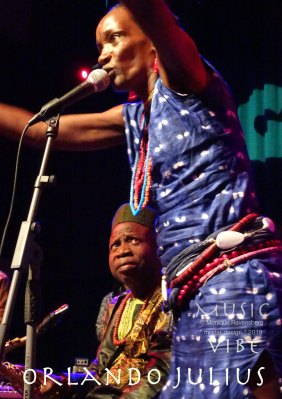 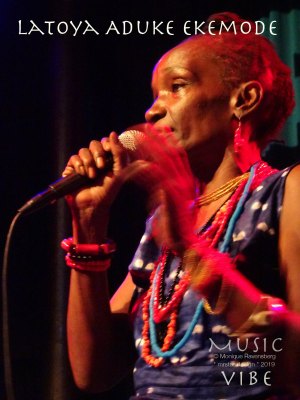 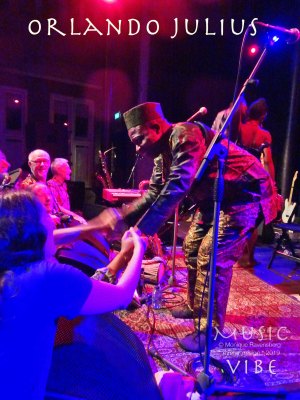 Appropriate on this Africa day is this review of the concert in Grounds of a legendary African musician
from Nigeria, Orlando Julius.
Despite his age he still has his African Vibe, that’s shows when hearing and playing music. He plays his sax in his own style. His high tunes he makes electrifying by vibrating the sound. His wife Latoya tells about the songs. Yes after 30 years she knows the ins and the outs. She dances in elegance and control. Latoya talks are inspirational about woman and mother earth. Well, you got me there.

The hall was packed with a dancing crowd, that did not want to stop. Just on and on, like the groove of the Afrobeat. The anecdotes about the legendary meeting of Orlando and James Brown inspired Orlando to write a number for him. The soul of the sixties and seventies was heard in an Afrobeat.

I finish this review by sharing a video from the number Afro Blues by Orlando Julius and his wonderful band the Heliocentrics. 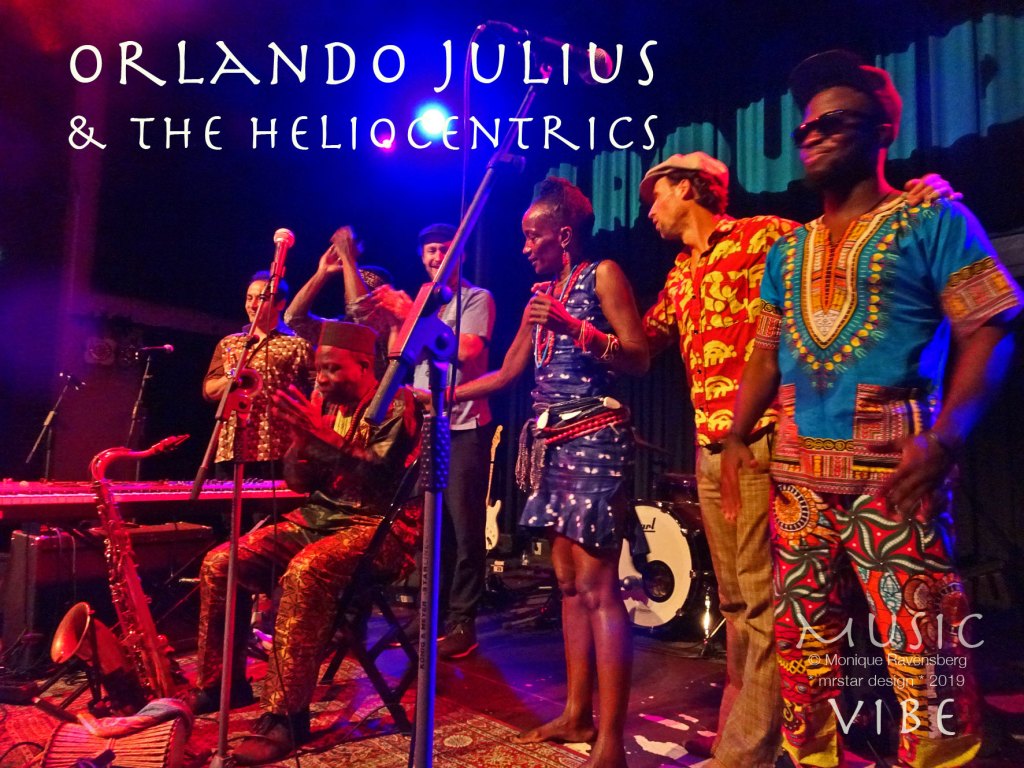